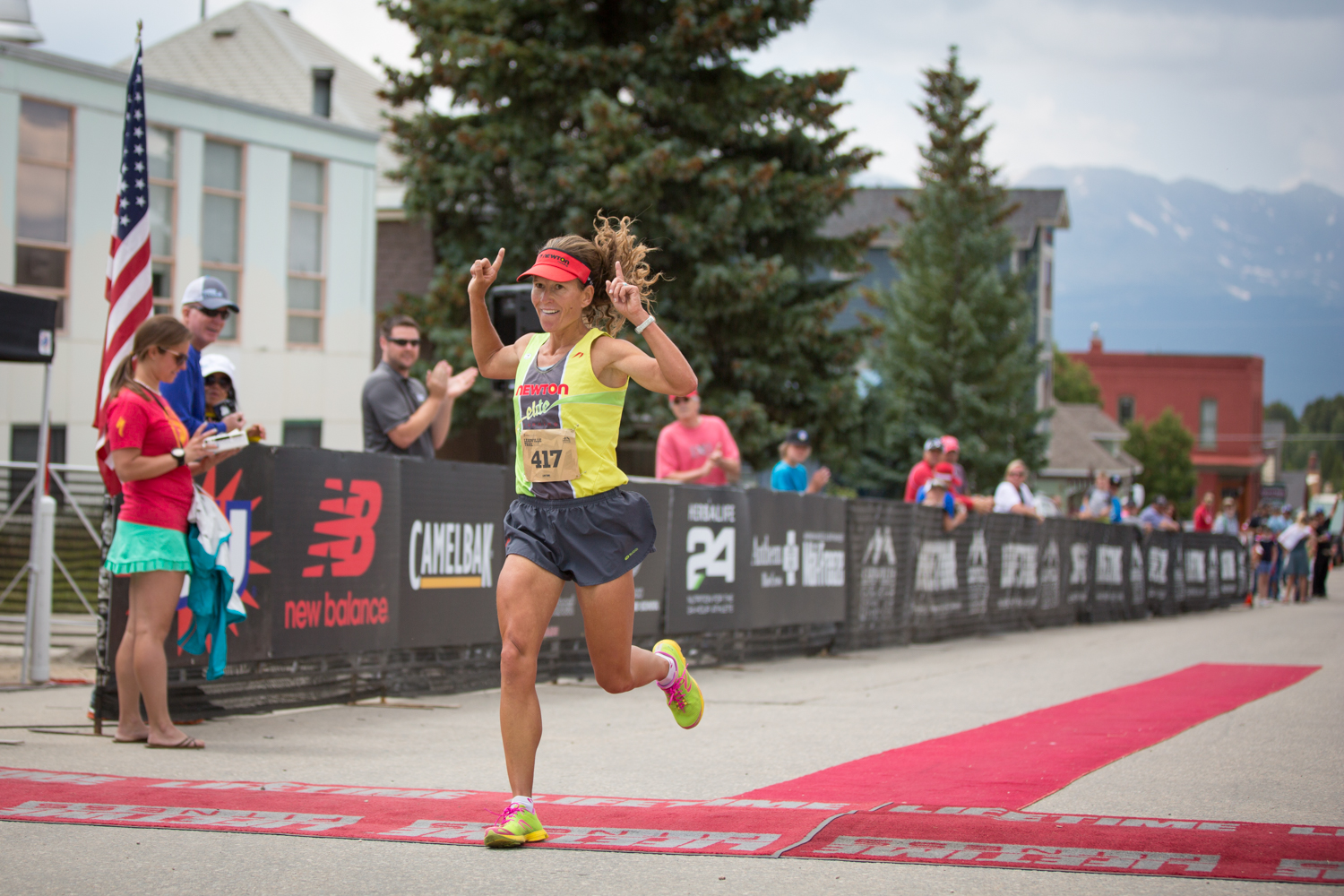 Melody Fairchild became a national phenomenon in her teens, winning back to back national cross country championships in 1989 & 1990, and eight state titles while at Boulder High School in Colorado.  She also became the first female US high school athlete  to break 10 minutes for 2 miles at Syracuse in 1991. Melody became a household name in Boulder, CO, when she won the BolderBoulder citizens race for three consecutive years, starting when she was 15 years old. Her fastest time for those three wins would have put here on the podium for the women’s international race that same morning. Runners in the Colorado city still talk about the memory of seeing Melody race by, her ponytail swinging in sync with her swift cadence.  She is still widely regarded as the greatest female high school runner in US history.

Melody has followed a simple rule when it came to running: never let doubt enter your mind. Doubt is negative, and she shunned negativity. Thinking positively helped her win those national cross-country titles, and every other accolade she has earned in her career.

More recently, she was asked a week before the 2011 TransRockies run if she would like to step up and replace another female athlete that had been forced to drop. Most athletes would immediately be concerned that they hadn’t done enough training to be ready for 6 days of 20 miles a day running across the Rockies in Southern Colorado. Melody instead focused on what a great opportunity she had been presented with, and what fun she was going to have running those mountain trails! Melody and her team partner, Ellen Parker, won the women’s open division in the race, beating many runners that might have thought they were better prepared.

Now she is a Masters athlete, winning multiple national Masters championships across multiple distances, from 5K to half marathon trail. She was part of the 2012 gold medal winning US Mountain Running team, running strong races at both events that summer.

Melody has finished in the world top 10 on three occasions in her career:

She has also won back-to-back titles at the competitive Freihofer Run for Women 5K in Albany, NY.

Melody also teaches CFR (Cortical Field Re-education), that involves teaching the brain to balance the body’s muscle workload, a practice Melody credits for her healthy running today. She has built a strong following for her high school girls running camps in Colorado, helping young women with the specific challenges that athletics can bring to high school girls. “I help my girls gain a perspective of themselves and their life. It is a long winding road.”

Melody now coaches Boulder Mountain Warriors, a group that focuses on character and skill development for kids of all ability, ages 7-14.  Melody uses the lessons that running and competing offer to instill the qualities of the Mountain Warrior: Passion, Commitment, Courage and Resilience. They focus on using sport to develop exemplary citizens and teammates, as well as athletes.

Melody is one of those rare athletes that always seems to race with a smile on her face. She is one of the most incredibly positive athletes that I have had the pleasure to work with, and I am honored to be working with her on this project. I have worked with Melody on a number of training camps and other projects since 2008, and knew immediately when the app became possible that she would be an ideal athlete to work with.