For most of us, the worst we face when building up to a race is thinking about our training history, worrying about our race strategy, what is the weather going to be like, and will the alarm clock wake us up.

Karen Adams from Mesquite, Nevada, may have had all the usual concerns. However, they all paled into insignificance when compared to what she was facing at the Zion Half Marathon in March this year. Just 6 months earlier, her husband, along with 6 other hikers, had been swept away in flash flood waters in Zion National Park – Karen’s husband, along with the other hikers, all sadly died in the tragedy.

I had the great fortune to meet Karen both before and after her race in Zion, and was blown away by her courage in facing the tragedy, and her amazing dedication to turn the situation around to a very positive outcome. Following is an interview that I carried out with Karen after her race in March.

How long have you been running, and how many races had you run before racing in the Zion Half Marathon 2016?
I have been running for about six years, and do around 5 or 6 races a year. I started out doing trail races because I am a hiker, but now I do a mix of both road and trail. All the events I have done have been some kind of destination race. I do not like to run just for the sake of running, so pretty trails, Disney parks, beach runs, are my type of race. My longest was a trail marathon, but I mostly stick to halves and 10Ks. The National Park series is perfect since I can run and hike over the course of a few days. I plan to do all the Vacation Races within the next three years. I also plan do the Ultra Adventures Grand Circle Trail Series at some point.

Your husband sadly died, along with six other hikers, in Zion national park in September 2015. You had already entered the Zion Half Marathon that was due to take place in march 2016. What thoughts and emotions did go through after you had lost your husband, about the race, and about running?
I went to Zion as soon as we were notified that our hikers were missing. I ended up camping in our RV which was already at Watchman Campground. I woke up in the campground two days later, after I learned that Don’s body had been found, and thought I never wanted to return to Zion. At that time, I had planned to ask the race organizers for a refund. I just could not see myself doing the race. Especially since it was within a couple days of Don’s birthday. I didn’t think I would be able to handle it emotionally.

It must have been tremendously difficult to even think about returning to Zion for the race. Can you share your thoughts that you processed to be able to go to Zion?
It was Don’s kids that change my mind. Their dad had planned to take them hiking in the Narrows in October. He couldn’t wait to show them Zion. The kids still wanted to do the hike in honor of their dad. So, the three of them came out, with the two grandkids, and we hiked the Narrows and explored Zion. It was then that I thought it might be good for my body and soul to go through with the race. Also, to camp at Watchman, just not within sight of the loop where we had stayed in September. It was difficult, but I was glad I went through with it.

You went to a positive race workshop the day before the Zion race. At the workshop you shared with the group about what had happened to your husband. What was it like for you to do that, and did it help your race experience?
The positive race workshop was great. When I decided to go through with the race, I wanted to do everything properly including training, nutrition, and mental preparation. I signed up for the training app, read everything I could about race nutrition, and registered for the workshop. Every participant had a compelling story about why they were at both the race and the workshop. It was an amazing group of women. After everyone else shared their story, I was moved to share mine. It was immediately followed by one of my favorite group hugs of all time.

Can you tell us what was going through your mind during the race, and what impact this had on your experience that day?
During the race, I was concentrating on running. The rain didn’t bother me because I will take a cool drizzle over full sun any day. For the first hour I was trying to catch up to the 2:20 pacer. He started at the front of the corral, and I was in the rear. After an hour I still wasn’t able to catch up with him, so I just tried to enjoy the view and run my own race. The course is quite pretty and there was fresh snow on the hills from the storm. For the second half of the race I was just trying to finish under 2:30, and not think about too much else.

I met you soon after you finished the Zion half marathon. You were understandably very emotional. How did it feel once you had realized your goal?
During the race I was OK because I was concentrating on my goal. When I saw the finish line, I pretty much lost it. After I finished the race I broke into uncontrollable sobbing. It was several minutes before I could pull myself together. I was glad it was over and that I had gotten past a major hurdle. It is strange to celebrate a race and not have Don to share my accomplishment.

You have exciting plans for the 2017 Zion half marathon. Can you share what you have in mind, and why this is important to you?
Last September a terrific park ranger, Rayne Rohrbach, took exceptional care of the family members that went to Zion during the crisis. The Arthur family who lost both their parents in the flash flood, and I, have developed a special bond with Ranger Rayne and his wife Juli. Rayne and Juli live at the park and were also deeply affected by the accident. Next year Juli, the Arthur’s daughter Allison, and I will be running the race together. I hope it is as therapeutic for them as it was for me. I intend to do the race every year.

The 2016 Zion half marathon was the first of series of half marathons based at National Parks in the US, from Vacation Races.
We hold a Positive Race Workshop the day before each race – 2016 races are Zion, Grand Canyon, Grand Teton, Yellowstone, Rocky Mountain, Great Smoky Mountains, Yosemite, and Lake Powell.
You can see the schedule for our Positive Training Camps and Positive Race Workshops at this link

Subscribe to activacuity, the first guided imagery app for athletes, and learn how to focus on the many positives about you!

From Estes Park, Colorado, USA, the home of the POSITIVE RUNNING MOVEMENT™. 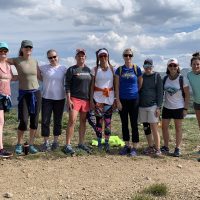 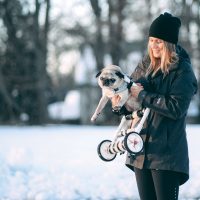 How to focus on what you want 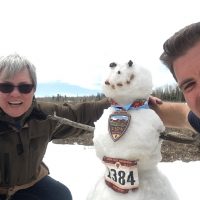